new: Then They Came For Me Exhibition 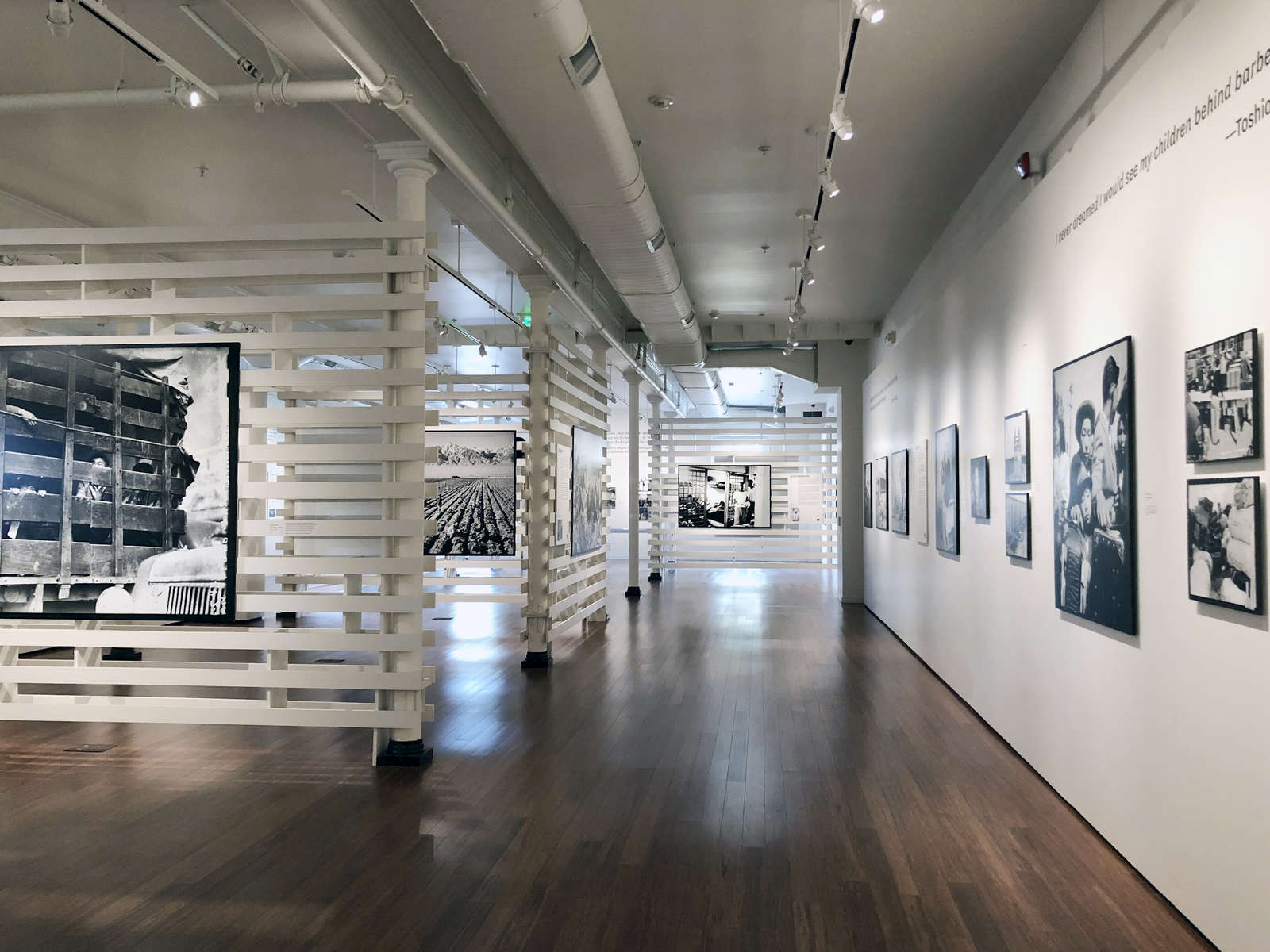 Then They Came For Me Exhibition


Then They Came for Me: The Incarceration of Japanese Americans during WWII and the Demise of Civil Liberties was an exhibition that examined the period when 1 20,000 people, most of them US citizens, were evicted from their homes and imprisoned by the US government without due process or constitutional protections. The exhibition featured works by photographers such as Dorothea Lange and Ansel Adams, as well as ephemera and artifacts. The design concept for the exhibition was based on an image of an incarcerated Japanese American young man, later killed in action serving the very country that incarcerated him, standing in front of an American flag. During this terrifying time in US history, “patriotism” created layers of divisiveness among the American people: racial, generational, and ideological. In the gallery, the horizontal stripes reminiscent of the American flag became the visual language that was carried through the exhibition, creating spatial divisions as well as a constant awareness that you, as a visitor, are always on one side or the other.