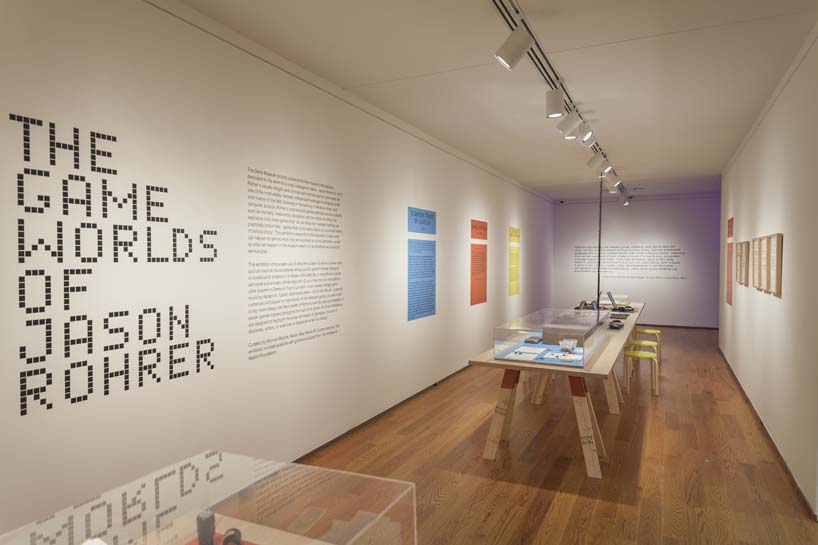 
IKD was responsible for the installation and exhibition design of the first ever museum retrospective of a single video game designer. The exhibition, The Game Worlds of Jason Rohrer at the Davis Museum at Wellesley College, is a survey of the independent game designer Jason Rohrer work which has formed part of the Museum of Modern Art’s initial video game acquisition.

The central theme examines where video games are positioned within our daily culture and questions whether or not video games are art. The space is designed around four large installations that both create immersive environments to enhance game-play and form an interpretation of the games themselves. It also challenges the traditional notion that exhibition design should sit quietly behind the exhibited work.

While the design is centered on creating a focus on exhibited works The Games Worlds of Jason Rohrer explores new possibilities in exhibition design through the immersive installation environments.